The Yellow Frame congregation is one of the few pre-revolutionary churches remaining in Northwest New Jersey. For two and a half centuries the people of this congregation have bound together in worship, withstanding the changes of the region it serves, from a rural community of farmers and tradesmen tied to agriculture, to a growing population of employed men and women working within, and commuting outside, the community.

In 1750 a group of worshipers met in a location about 1¼ miles northeast of Log Gaol, (pronounced Jail), forming a new congregation, meeting in homes occasionally with a Minister or a Supply sent by the Presbytery. Around 1760 they leased a parcel of land big enough for a simple log cabin and a burial ground. Log Gaol, now known as Johnsonburg, was the County Seat of Sussex County, which at that time included a very large portion of northwest New Jersey. The first church members were settlers from around Log Gaol, in the upper portion of the Township of Hardwick, who called themselves The First Presbyterian Church of Upper Hardwick. Although the name was not incorporated until 1841, records of 1751 and 1752 in the New Brunswick Presbytery state that “there were calls for a Minister or a Supply from the region of Hardwick”. The log church was located near the Dark Moon Tavern on Dark Moon Rd. (which is now State Route 519) and was often referred to as the Dark Moon Church & Cemetery. It was about one and a half miles southeast of the present Yellow Frame Presbyterian Church.

The construction of the new church in Upper Hardwick Township was somewhat delayed because of young men going off to join Washington’s army in Morristown in the War for Independence. Eventually, construction got underway and the frame church, painted yellow, was completed and dedicated in 1786…. just about when Cornwallis was surrendering down in Yorktown. For four years a Supply named Daniel Thatcher served the congregation as preacher, while the new church was under construction. The log meeting house at Dark Moon was eventually torn down, but the cemetery and tombstones of those early members still remain. The site of the church and cemetery at Dark Moon is still accessible by a foot path from Route 519 and in 1997 the Presbyterian Historical Society of Philadelphia installed a stone marker where the log meeting house once stood, listing it as Site # 36 on the Registry of Early Presbyterian Churches. In 2005, the Yellow Frame Church Society placed an identification plaque at the site stating “1750-1786 site of Upper Hardwick First Presbyterian Church and Cemetery, First Congregation of The Yellow Frame Presbyterian Church”1787 was a year of celebration. The First Presbyterian Church of Upper Hardwick was incorporated on January 5^th , 1787 for the first time, and the Reverend Ira Condit was called to serve as the first pastor of the new church located on Shaw’s Lane and The Kings Highway. The Rev. Dr. John Witherspoon, first President of Princeton Seminary, and only cleric to sign the Declaration of Independence, arrived at The First Presbyterian Church of Upper Hardwick on November 1st , 1787, to ordain and install Reverend Ira Condit. Rev. Condit served for 6 years and later became the first pastor of The First Presbyterian Church of Newton, an ‘offspring’ of the Yellow Frame Church. The site of the 1786 church was at an elevation of 889 feet and was in clear view of all who passed by. The structure was a generous 52 feet by 50 feet with an interior gallery on three walls. Construction was of sawed lumber, with ceiling beams and rafters cut of oak. Additions and changes took place over the 100 years that the building served its members. Mainly, in 1858 the building was extended by 12 feet, adding a front entrance hall, topped with a new tower and a bell.

In 1884 the church was incorporated once again in order to change its name officially to The Yellow Frame Presbyterian Church, the name by which it was familiarly known. Although neither a town nor a post office named Yellow Frame ever existed in the immediate vicinity of the church, the name “Yellow Frame” is still found on New Jersey maps where that church once stood. In the late 1880’s, the church building was found to be in poor repair. After much discussion it was decided to erect a new church and parsonage across the road from the aging one. The new church, built in the fashionable Queen Anne style, was also painted yellow. Pews, a pair of alter oil lamps, the high blue pulpit, and even the 900 pound Maneely steeple bell were moved from the 100 year old church to the new church. The new church was dedicated in 1887, with The Rev. R.B. Foresman serving as pastor. The Presbytery Register of Pastors shows that from 1750 to 1950 twenty three pastors, moderators, supply ministers and interims served the congregation, and since that time seven more faithful ministers have led the congregation in worship.

Many improvements, additions, and changes have been made to the church building since it’s dedication in 1887. A gift of two new iron & tin chandeliers were installed in the sanctuary, each consisting of an iron ring of 12 oil lamp reserves with unique reflectors of corrugated glass mirror pieces, newly patented by Isaac P. Frink of Newark, NJ. The fixtures could be lowered from the ceiling for refilling. The oil lamp chandeliers were electrified in 1948 and remain a unique focal point to the sanctuary’s decor and history. The stained glass window centered on the wall behind the pulpit, a memorial gift from the family of the Reverend Alexander Young , was dedicated in 1917. The verse, ”Behold. I stand at the door and knock”, from Revelations 3:20, was chosen as the theme of the window and is an adaptation of Holman Hunt’s famous painting “Light of the world”. The wood stove was replaced in 1954 with a furnace. Also, that same year, the high blue pulpit from the old church was replaced by a white pulpit and matching lectern, placed on a wide platform, just one step high.

Records and banners show that Christian Education, in the form of a Sunday School, had been a part of the Yellow Frame Presbyterian Church as far back as 1859. Classes were held in the manse, the sanctuary and two old buildings on the property, and in 1954 under the guidance of Rev Harold Brackbill and a lot of hard work by parishioners, the new Sunday School wing was added.

In 1989 it was time once again for improvement and change. An office and pastor’s study was added by extending a new wing to the north. The project coincided with the renovation of the manse, all in preparation for a new pastor. In 2005 the church entryway on the south side of the steeple tower was renovated with new double doors and a portico extending over the platform and steps to give protection from the weather. The new memorial window installed over the main, front doorway in 2007, composed of elements to represent the continued life and growth of the church, was designed by the Memorial Committee, and crafted by local artisans. The colored panes forming a border are in keeping with the Queen Anne style to match the sanctuary windows. Memorial gifts to honor members and friends of the church funded the project.

The church building will surely undergo changes in the future to meet the needs of the congregation and the community. Plans, under the guidance of the Session and ReVision Committee, are now underway to update and improve the kitchen and fellowship hall. 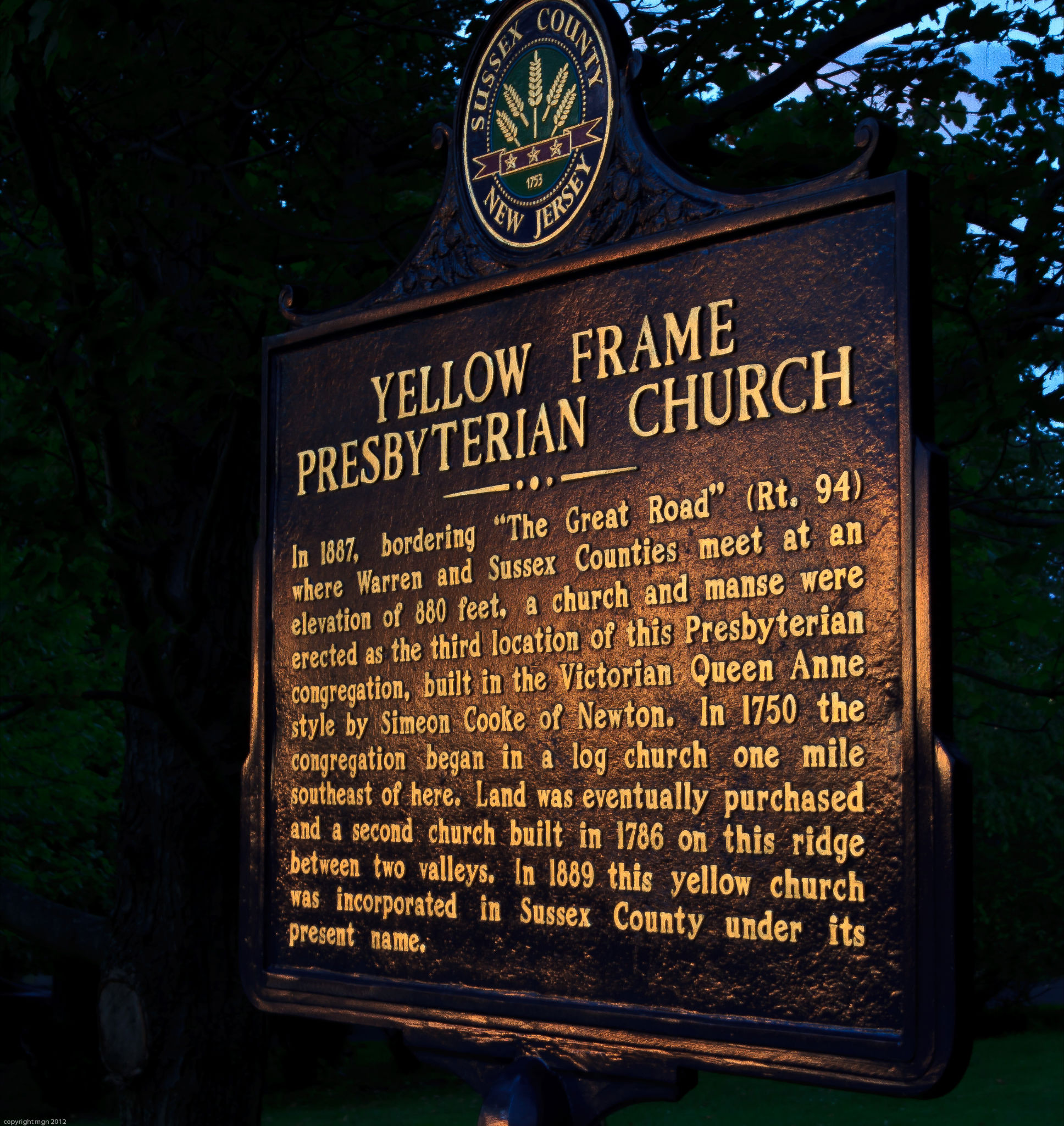 Yellow Frame Church is comprised of 186 members and about a dozen regular attendees who, for varying reasons, prefer not to officially join. These people are teachers/educational administrators, business owners, farmers, employees of multi-national corporations (Mars, Merck, Verizon to name a few) as well as local stores, accountants, homemakers, government employees, nurses, financial planners, carpenters, doctors, lawyers, human resource professionals, artists, massage therapists, mental health professionals, engineers, directors of communications, graphic artists, and real estate agents to name a few. Most are not of a Presbyterian background, and a fair number had no previous church background which adds to the sense of openness and inquisitiveness that are marks of this church.

Like Session members, Deacons are nominated by the nominating committee then elected on the second Sunday of December.

The Session is the governing board of the church, consisting of twelve church members elected by the congregation to serve three year terms. The Session oversees the church’s physical, fiscal, and spiritual life, planning and resourcing opportunities for individual and congregational worship, service, and renewal.

A nominating committee meets each year to nominate Session members, and these nominations are voted upon by the congregation on the second Sunday of each December.

The Session meets at least quarterly and more often as necessary.

The Presbytery supports and encourages the ministries and mission of all individual congregations as well as those shared collaboratively and cooperatively by clusters of congregations. Mission emphases include local endeavors in ministries of feeding and sheltering the poor and homeless, responding to disaster, interfaith relationships, and peacemaking as well as international mission with congregations and presbyteries in Nairobi and the Dominican Republic. Programmatic support might include topics like faith formation, youth ministry, spiritual development and stewardship.

The business of the Presbytery is conducted at Presbytery meetings held at various times throughout each year.

Johnsonburg Camp and Conference Center and Blair Academy are located within the bounds of the Presbytery.

Presbytery of the Highlands of New Jersey

Yellow Frame Church is part of the Presbyterian Church (USA).

For more information please visit the PCUSA website linked below 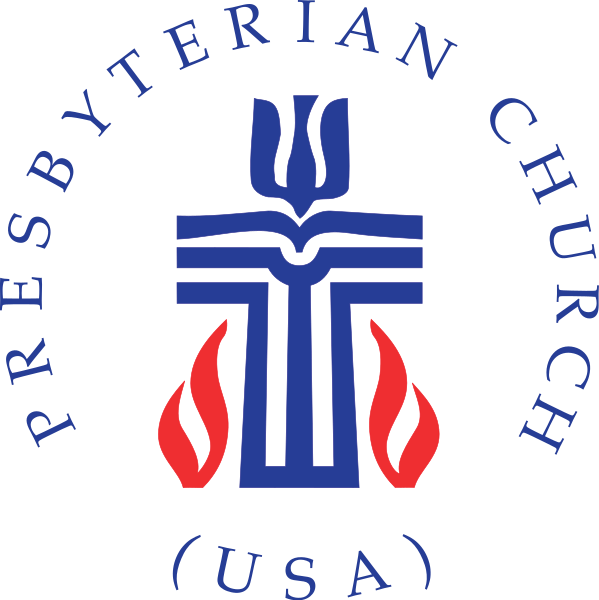